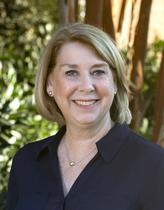 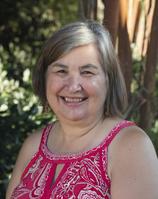 She enjoys reading, traveling, gardening, flower arranging, and walking endless miles with friends or a good audio book. She and Ray love to entertain family and friends. Her chocolate chip cookies and caramel bars are a hit at many a party!

Kim spends a ridiculous amount of time on the soccer sidelines.  When she is able, she enjoys reading, taking photos, skiing, and traveling!

Kim Goodstein was born in Cincinnati, OH.  She received a BS in Business from Krannert School of Management at Purdue University. Kim met her husband, Ryan, while working in Chicago as a financial analyst.  They married and relocated to Chapel Hill where she worked as a fundraiser for the University of North Carolina.  They moved to Bethesda 13 years ago and have three boys, Ben (14), Henry (14), and Andrew (9), all three are graduates of BHPCNS.  When her youngest, Andrew, left for Kindergarten, Kim stayed and began working as an assistant teacher at BHPCNS. This will be her fifth year working at Bradley Hills. She will be helping in the office and teaching American Sign Language to the three-year-old and Pre-K classes..

​​​Liz is originally from Toronto, Canada. She has lived in New York, Barbados, Connecticut, Washington DC, Texas,  Virginia, Pennsylvania, before moving to Carderock Springs, Bethesda in 1999. Liz and her husband, Ray, as empty-nesters currently reside in Chevy Chase DC. Liz and Ray, have three daughters–Jessie, Alex and Trisha who have all grown and flown. Their daughters live and work in Bethesda, Brooklyn Heights, and Philadelphia.

Liz became the nursery school’s director in 2013. She earned a BA in Elementary Education, from Catholic University. Her life experiences include, raising 3 daughters in Bethesda, President of the Carderock Springs PTA and other PTA roles, volunteering at many, many swim meets, soccer games, volleyball matches, Girl Scout meetings, school fundraiser and more. Her paid work experiences include, the American Cafe, the American Society for Training and Development, RSA & Associates, St. Frances Creche Preschool, and prior to BHPCNS she was the Executive Director for the Alliance for Workplace Excellence. All these educational, volunteering, and professional experiences have provided Liz with the tools, skills, and experience needed for her role as the nursery’s school’s Director.

Carolyn McCauley grew up in New Jersey, relocating to this area when she attended George Washington University, graduating with a degree in Biology.  She worked in the Cytopathology Lab of the GW upon graduation.  Her "nursery" career began when she took a position in a greenhouse growing plants.

Carolyn joined the Bradley Hills family in 1996 when her youngest son, Petey, enrolled in the three-year-old program.  Petey is now 29!  Carolyn and her husband, Ken, have two other sons--Patrick & Nicholas, as well as, 7 grandchildren.

At the heart of BHPCNS is its staff.  BHPCNS is extremely proud of our teachers, assistants and administrators. They all have one goal in common--to make your child's experience at BHPCNS the best it can be. We believe that caring for young children is one of the most, if not the most, important job in town.  A diverse group of women, they each bring their own unique backgrounds and experiences to the school making it such a special place. 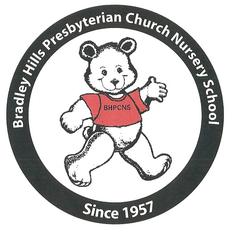 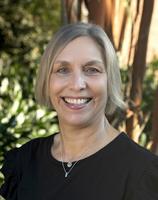 When she's not at nursery school, she enjoys hosting house concerts, camping, and going to auctions.  This is Carolyn's 26th year at BHPCNS as the school secretary.

​​We have availability in our MWF & MTWThF Pre-K programs. Register today!

Ilene Jones grew up in Baltimore, MD and has lived in the DC area for over 36 years.  She has a BA in Mathematics from Goucher College and worked as a software engineer for several years.  After being involved in her children’s nursery school as a classroom helper and member of the parent board, Ilene was the Assistant Director of Concord-St. Andrews’ Cooperative Nursery School in Bethesda for 20 years.  She also helped start a parent/child program at Glen Echo Park.  Ilene and her husband, Tom, have two children - Andrea and Brian.  Ilene spent last year in the classroom as an assistant teacher.  This year she is excited to be part the office staff as our Office Assistant.